You are using an out of date browser. It may not display this or other websites correctly.
You should upgrade or use an alternative browser.
G

Was watching some womens tennis on TSN , didnt know who she was, but apparently from MTL (but listed hometown as Westmount on her web page). Very cute girl, another reason to watch womens, btw, doesnt Serina Williams look like a man on steriods?

Bouchard won TWO junior titles at Wimbledon last year (2012) and last I looked is now 66th in the world at age 19. Good future!

As for Serena she was always built like a football player - not at all like Venus.
M

Yeap, Bouchard has a very nice round angelic babyface, and an awesome ass... Exactly the kind of girl I'm looking for...
Expand signature
Find what you love, and let it kill you...
D

I love her long legs. And yes, she does have a very pretty face.
T

I watched her match last night at the Rogers Cup in Toronto. During her post-match interview at center court, i was surprised at how fluent in english she was. She didn't have any french accent as she was being interviewed in english.

And then, just a few minutes ago, i saw her post-match press conference & to my surprise she spoke in broken french. So i conclude that even though she's from the Montreal area, she was likely raised in an anglo environment. English is definitely her first language & french her second language.

I also wonder if maybe she hasn't been away from home for so long that her handling of the french language may have suffered? I don't know much about her background as a young tennis prodigy, but i wouldn't be surprised to learn if she didn't move to Florida at a very young age in order to increase her chances of obtaining a professional tennis career like so many youngsters (e.g. Maria Sharapova) have had to do.
D

And i've mentionned in the past that she does have a very cute face and i love her long legs. However, sex appeal-wise, she still doesn't do a thing for me. Many in a few years when she starts blossoming into a woman, who knows.

Don't get me wrong, i still love watching her, but mostly because i'm pulling for her to succeed. But in the looks/sex appeal department, she's still no Serena Williams.
T

I love women's tennis, it's one of the few sports where the top level talent are still feminin enough to be sexy.

If you really listen to Eugenie speak, you can tell she spent some time in the states as she does speak english in an american kinda way.
Expand signature
"Just When I Thought I Was Out.....They Pull Me Back In!!!"
Reactions: Tancredo
S

What a great match. I found it annoying that the announcers kept talking about Ivanovic

Always liked women's tennis and now I will be watching more.
M 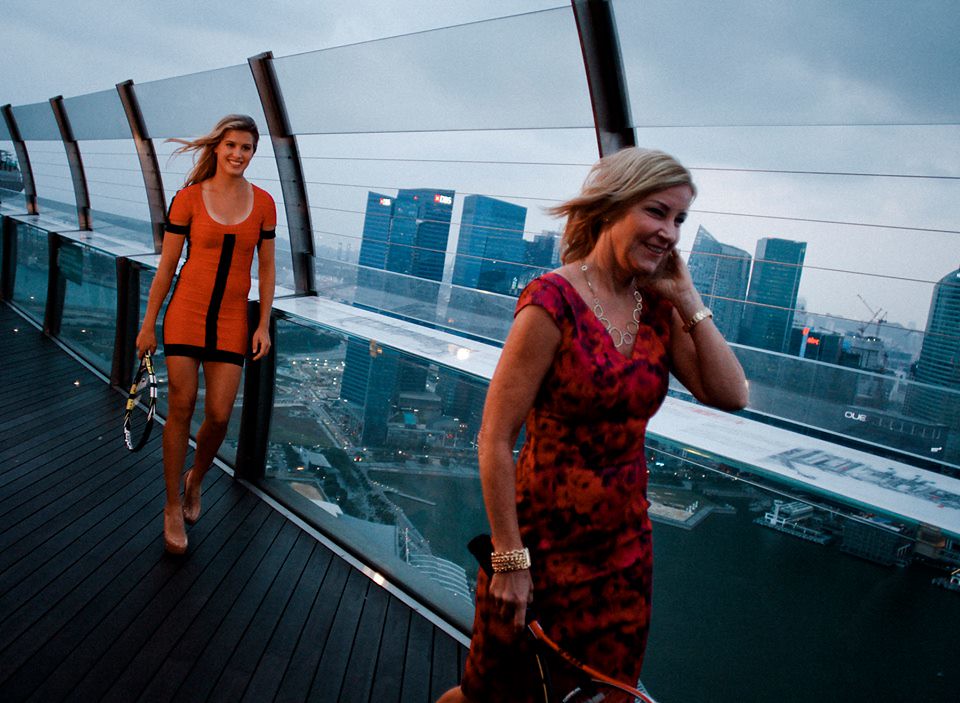 She is so sexy,i think now the female tennis will enjoy a great populaty with her presence.
T

It's hard to believe she is just 19 yrs old and is now ranked her age.
Expand signature
"Just When I Thought I Was Out.....They Pull Me Back In!!!"
N

Chris Evert was also quite the babe back in her day. As for Genie, i'm not crazy about her choice of current endorsements (Pinty's), but from i was told the sponsors were lining up for her after her quarter-final match against the equally-gorgeous Ana Ivanovic. Genie Bouchard is a dream-come-true for the women's tour, who needs a shot-in-the-arm to attract fans & funding.
G

Doc Holliday said:
As for Genie, i'm not crazy about her choice of current endorsements (Pinty's), .
Click to expand...

I saw that commercial which was done before she moved way up in the ranks. Curious to see what she will endorse next.

Someone said "pure hotness".... i very much agree :faint:

:thumb:
You must log in or register to reply here.