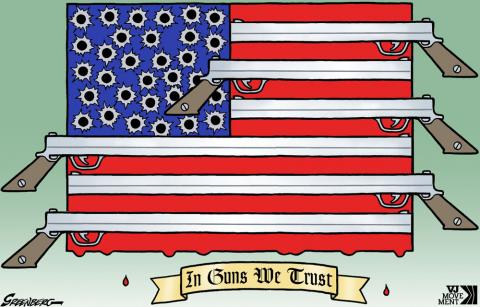 Senators asked, but a Florida Department of Education official did not provide information about the exact number of teachers who have chosen to be trained and armed in schools.

Damien Kelly, director of the state Office of Safe Schools, told the Senate Education Committee on Monday that of the 36 school districts participating in a controversial school “guardian” program, 11 have indicated an interest in arming classroom teachers.

However, Kelly was unable to provide information about the exact number of teachers who have chosen to be trained and armed in schools.
Three senators wanted to know, but he didn’t have an answer. 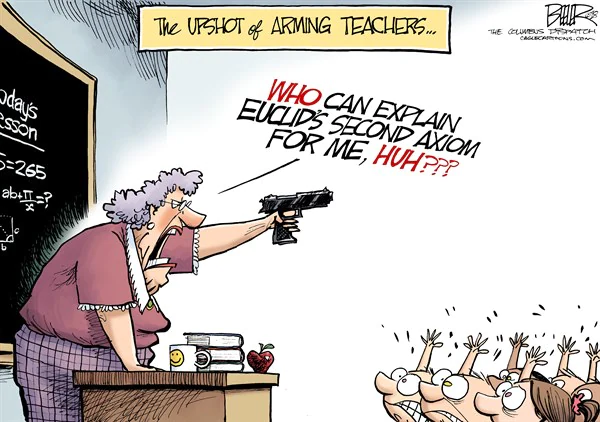 While the legislation is highly unlikely to pass the Senate, House Democrats say the bill is a needed response to recent mass shootings.

The House passed legislation Friday that would ban assault weapons for the first time since 2004, in a sign that Democrats intend to pursue more aggressive gun violence prevention measures after a spate of mass shootings.

The bill passed in a largely party-line vote of 217-213, with two Republicans voting for the measure and five Democrats opposing it.

The level of GOP opposition indicates the bill is unlikely to advance in the evenly split Senate, where it would require the support of at least 10 Republicans to defeat a guaranteed filibuster.
It’s also not clear if the measure has the support of all 50 Senate Democrats.

The legislation, authored by Rep. David Cicilline, D-R.I., would criminalize the knowing sale, manufacture, transfer, possession or importation of many types of semi-automatic weapons and large-capacity ammunition feeding devices.

During floor debate before Friday’s vote, House Democrats argued an assault weapons ban was needed because of the number of recent shootings where gunmen have used assault-style weapons.
Reactions: purplem, CLOUD 500, gaby and 1 other person

President Joe Biden hailed the House vote, saying, "The majority of the American people agree with this common sense action." He urged the Senate to "move quickly to get this bill to my desk."

Almost all Republicans voted against the House bill, which passed 217-213.

In short, the Republicans are against and the Democrats are for the law.
Reactions: Womaniser, purplem and CLOUD 500
G

,,seems ''common sense'' has not the same meaning for everyone....lolllll .
Reactions: purplem, sene5hos and CLOUD 500
F

sene5hos said:
In short, the Republicans are against and the Democrats are for the law.
Click to expand...

No it doesn’t mean that at all.
It means that the US is so divided that any law regardless if it makes sense or not ( I agree with banning all assault rifles and magazines capable of loading hundreds of bullets per minute.) will not be supported by the other side.
The Democrats are no different they did the exact same thing when the Republicans where in power, Bidet and Pelosi and company are just as corrupt and they are all out for power and money with little regard for those that they are supposed to be working for.
So much for politicians, the scum of the earth.
Expand signature
You make your own luck in life
Reactions: Sliver, purplem and CLOUD 500

Right-wing conspiracy theorist Alex Jones hit with part one of sentencing.
The jury making him pay $4.1 million in compensatory damages to Sandy Hook parents.
The punitive fines, meaning the punishment for lying about the Sandy Hook massacre, coming next.
The judge rebuking Jones for lies and rejecting his ask for a mistrial after a bombshell revelation – his lawyer accidentally leaked his cell phone data. MSNBC’s Chief Legal correspondent Ari Melber reports on this trial and what the punishment part of this sentencing could mean.

Nice to see someone held accountable for the harm their lies cause people finally. Lying isn't "freedom of speech".
Reactions: Womaniser, purplem and gaby
G

This is what happens when you think you’re untouchable and the laws don’t apply to you.

I wish I could hug every juror.
Reactions: Womaniser, gaby and purplem
P

And that other moron Marjorie Taylor Greene has come out in support of this lying, greedy, delusional idiot and called him her friend.
Reactions: Womaniser, gaby, sene5hos and 1 other person
G 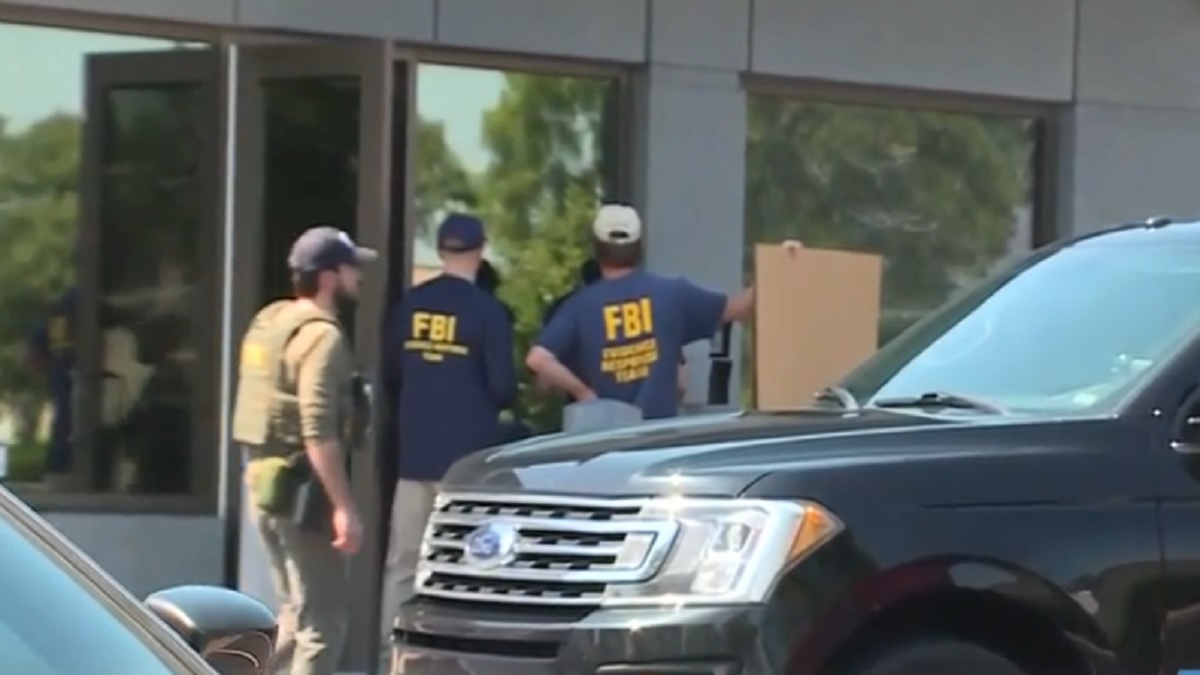 An armed man decked out in body armor tried to breach a security screening area at an FBI field office Thursday, then fled and was injured in an exchange of gunfire in an hourslong standoff with law enforcement that persisted into late afternoon, authorities said.

An armed man with an AR-15 decked out in body armor tried to breach a security screening area at an FBI field office Thursday, then fled and was injured in an exchange of gunfire in an hourslong standoff with law enforcement that persisted into late afternoon, authorities said.

The confrontation that began at the FBI's Cincinnati office came as officials warned of an increase in threats against federal agents in the days following a search of former President Donald Trump’s Mar-a-Lago estate in Florida.

There have been growing threats in recent days against FBI agents and offices across the country since federal agents executed a search warrant at Mar-a-Lago.
On Gab, a social media site popular with white supremacists and antisemites, users have warned they are preparing for an armed revolution.
P

Yeah, those rightwing crazies love their guns. Just look at MTG as an example.
Reactions: gaby, sene5hos and CLOUD 500 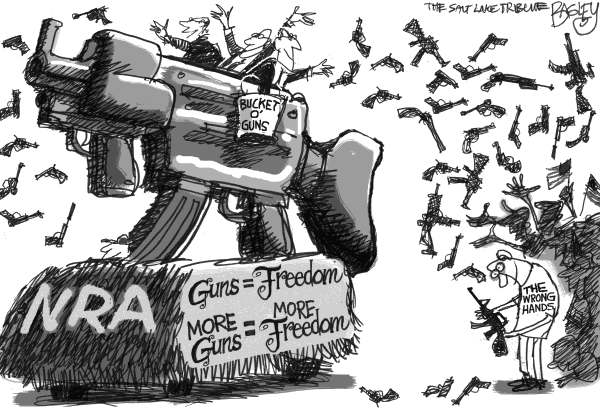 Reactions: purplem, CLOUD 500 and gaby
You must log in or register to reply here.