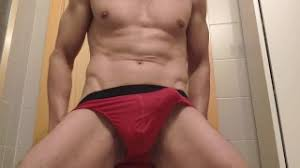 We should stop thinking about her.
H

If someone did that to me I would consider blasting her as a rip-off on every review site on planet earth.
Expand signature
I spent most of my money on beer and women. The rest, I wasted.

bedroom147 said:
I booked her directly. The phone number in the ad was consistant with others available on review websites. I can't stop thinking I have missed her and she has stolen my money :-(
Click to expand...

Crap, then that's pretty messed up on her end to have kept your deposit. I didn't even know she was still working, I saw her in 2016 I think. Maybe service has gone down since then, or maybe because she's now independent she feels she can get away with such behavior, but it doesn't benefit her so I'm not sure why she wouldn't return your deposit. Crappy move on her end and you should expose her bad behavior.
Expand signature
I was so poor growing up...If I wasn't a boy, I'd have nothing to play with.
A

Yeah under a different name, and that's how she was advertised as well. She offered the $50 for filming too. I don't remember her stage name.

Wow reading through the roster on some members post I am impressed by the listing, Franceska Jaimes..yowzer!

-Adrianna Nicole
The only pro level pornstar I have ever met, I know she isn't everyone's cup of tea but I was obsessed with this girl, there was just something about her that exuded sex and never failed to make me crazy, I loved her look and how she always seemed to be really into the scenes. You know how it is, once you're hooked it becomes hard to explain your obsessions or kinks.
Anyhow it never crossed my mind to ever seek out a popular pornstar for a meeting but sometime around 2012 I saw that she was escorting and being repped by an agency in New York, at that time I was going to NYC a couple of times a year for work and contacted them out of curiosity to inquire about price/availability, I kept telling myself it was kind of a crazy idea/expense but then I couldn't stop thinking about it. I spoke to my girlfriend at the time, we were in a semi-open relationship but this was another level, she thought it was hilarious me being like a fanboy and she worked out the arrangements for me and came down with me for that week-end. Anyhow that was a baller experience of a lifetime for me, I was nervous AF but she was super sweet (she was surprised to see a younger dude) and just as nasty as I fantasized about all those years, I was on cloud 9 for weeks after that, I even quit hobbying for a long while.
Last edited: Sep 16, 2020
S

anaconda said:
Yikes...too many to name but let's give it a try:

and many more...can't remember them all, but had great experiences with the ones listed above.
Click to expand...

If so you went from one end to the other , like from Obese to spinner , like zeina Heart . What made you go for those 2 extremes ??

BTW Zeina Heart , i am soooooooo jealous of you for that, had a major crush on her back then
H

If so you went from one end to the other , like from Obese to spinner , like zeina Heart . What made you go for those 2 extremes ??

BTW Zeina Heart , i am soooooooo jealous of you for that, had a major crush on her back then
Click to expand...

Interesting thread which brings back some good memories....

Zeina Heart. I was supposed to see her during her heyday. She occasionally worked for a booker named Sunny Boy. I think his agency was named Mtl Hot Girls or something like that. Well on the day i was supposed to see her she was a no show at the agency. It was a bummer since i was scheduled to leave town the next day. The next morning Sunny Boy calls me and tells me that Zeina Heart agreed to come in to see me that evening and he was 100% she'd show up. I told him that i was scheduled to leave town. He told me to let him know since other people also wanted to see her. I thought about it for a few seconds and told him to go ahead and book her for someone else. I had to leave town. Later i realized i should have made an exception and stick around for at least another day.

One of my many highlights is finally meeting Barbie Belle who went under the name 'Jinny'. I was a big fan of hers since first seeing in 'Rocco & Buttman Go to Montreal'. Her scene with Rocco filmed at the Delta Mtl was for me a classic! Her co-star in that scene (Jade) used to work for AlissaMtl under the name 'Jackie'. What's strange about my date with 'Jinny' is that once i met her i forgot she was a pornstar. She was very down-to-earth. She was one of the last girls i saw at the old Hotel de la Montagne. She wanted to smoke so we went out on the balcony & talked. We ended up going back in the room & doing the deed because it almost seemed like we had to go through the motions. What's also strange is that i barely remember the sex part. I still remember her dressed very classy in a two-piece beige suit and looking smaller than i imagined. I had a great time & i've always wanted to repeat it. She must have been in her early 30's at the time since she'll be turning 41 this November. I asked her about the 'Jinny' name. She said she chose it because of the tv show "I Dream of Jeannie" with Barbara Eden. She said people had told her she reminded them of her.

At around the same time i saw an Eleganza girl who's name escapes me but she did quite a few golden shower videos. She was a brunette with a big set of boobs. However when i saw her she had been out of the biz for about 6 months since she had given birth. To my disappointment her huge natural boobs were gone! Giving birth or breastfeeding wasn't kind to her. Oh well!

Another girl who dabbled into porn worked under the name "Samantha". I think a few people mentioned her in this thread. I met her a couple of times through XXXtase and hit it off pretty good with her. The last time i saw her was at a GT at the HDLM where she made a b-line for me as soon as she saw me & i didn't recognize her at first. She looked great! She then grabbed my hand and asked me to go and sit with her at one of the booths but after a few minutes i sneaked away since i didn't want to spend the entire evening sitting down and i preferred going around to mingle. I do know she made one movie which i had seen once. I think she mentioned it was with her then-bf at the time. We never really talked much about it.

I'm still kicking myself for missing out on Zeina Heart & Shana Lane. I had Shana Lane booked but i would have been #3 or #4 that day. So i changed my mind and cancelled. The Doc has to be #1 or #2 at the most. But today i realize i should have made an exception. I've met Amy Lee but never booked her since she wasn't my type. And now that i'm writing this i remember meeting an Asservissante girl prior to going to a Bob Dylan concert around 2002 or so. She told me she also did porn on the side. I think she went under the name Cheri Potter or something like that. I should have kept notes. I remember she was a bit too wild for my taste and i didn't want to show up at the concert totally exhausted. Another you could say i missed out on was Kelly Summer. Could have seen her as an sp or at a gb where she was featured. And an sp by the name 'Cute Angie' was also offered to me through an agency named Independent Network. I should have seen her. But she was an A-cup and that's the reason why i chose someone else. But i later saw her in some movies and when i saw that ass i quickly regretted not booking her. The booker had told me "she gives a great service and has a great attitude" but no.....i wanted someone with B-cups or C-cups so i said 'no thank you'.....big mistake, Doc! And "Kate" of GoodGirls. She had also worked previously for MTL GFE. The first time i saw her was on her first day back with MTL GFE since she had a fight with Mike of GG and quit. The second time i saw her she was back with GG. Had a good time with her, especially the first time. Didn't she tell me she had a young child back home? I forgot. She never mentioned anything about doing porn. Maybe it happened later. Had i known......

Vanessa Gold. I don't know if she ever escorted or not. But shortly after she finished filming the Porstar Academie series & later a scene with Bruno B a local booker told me she was coming in to work for him that night & if i was in town he could send her to my room. I was in disbelief and told him so. About an hour later or so he sent me a video clip he just did with her saying hello to me. So i guess he wasn't kidding around. Unfortunately i wasn't in Montreal at the time.
Last edited: Saturday at 7:38 PM
You must log in or register to reply here.
Previous Thread Next Thread
Share:
Twitter Reddit WhatsApp Email Link