Donald Trump attorneys helped him to push disinformation, but now many of them are facing bankruptcy and losing their legal licences because they did work for Trump.
This is the start of justice.

The only way to make money from working with Trump is to write a book.
Reactions: Womaniser, purplem and gaby
G 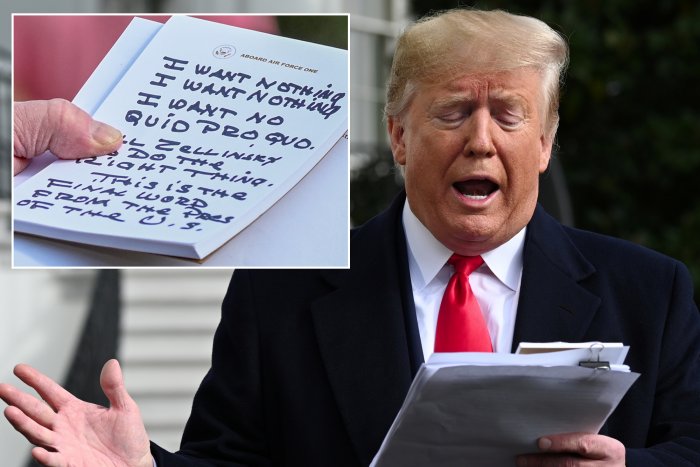 A top staffer of Donald Trump, Dr. Birx, testified about his failures during his time in power and how it hurt citizens and the country. This could harm Trump's chances of a political comback.

As a doctor, her priority should saving lives, not helping to make Trump look like he knew what he was talking about.

Reactions: Womaniser, purplem and gaby
B

Still his popularity is going up and not down? How do we explain that&?
G

Donald Trump was taunted by large billboards all across the country but especially in New York because he is a loser.
This is extra important because Republicans are doing it.

The horribly failed & totally disgraced Trump screams out to be mocked.
Trump's lack of introspection helps make him an easy mark for mocking.
Reactions: Womaniser, gaby and purplem

Donald Trump's latest rally, in Iowa with major Republican politicians, was particularly horrifying even by the standards of what we've come to expect from such rallies.

I’m horrified every day I wake up and find out Trump and his evil existence is still on the planet.
Reactions: Womaniser, gaby and purplem

Donald Trump is telling his loyalists to not vote Republican if they stop talking about his central issues for the next couple years.
This could hurt the GOP, but it may also post a danger to wider democratic systems.

It’s so nice seeing Trump destroying his own party out of anger.

Trump's mentality is so childish, he throws a fit and cries because he's not getting his way.

Trump is literally holding the GQP in hostage. I will not cry for them.

This could be the only good thing trump has done for America.
Reactions: Womaniser, gaby and purplem
G

...not only destroying his own party BUT DEMOCRACY.....shame on him !!!!!!
Reactions: Womaniser, purplem and sene5hos

Donald Trump was taken down by his biographer who called him a historic loser and suggested that his failures have only gotten worse and more public.
This is humiliating.

This makes a good point: Trump cheats and steals in business, and still manages to lose money.
Reactions: Womaniser, gaby and purplem

Donald Trump latest scheme is finding no support among leaders in his party, and some governors are actually criticizing it.
This is a rare moment where Trump is isolated.

All I see is video titles like "Trump being destroyed" or "Trump being humiliated" and I must say. I like it.
Reactions: Womaniser, gaby and purplem

Donald Trump backed candidates are all failing to fundraise versus their opponents who are generally against Trump. This shows that his fundraising.

If Trump can't raise money for his allies, they will Quickly abandon him because there's no loyalty in MAGAworld.

Someone should tell Trump that he isn't relevant any more.

Let's face it. Trump's days at power are over, and that is something to really be happy about.

It's harder to put your hand in your pocket when the backer is a thief.
Reactions: purplem, Womaniser and gaby

Donald Trump was booed by a large crowd as he left Trump Tower, showing that he is not welcome there, and few were supporting him as he faces challenging times.

Everybody on planet Earth outside of his cult hates him.

He'll say it was a massive crowd of his supporters cheering for him.
Reactions: Womaniser, gaby and purplem

Donald Trump asks his supporters to donate $45 to "solve" election fraud in the latest attempt to grift his own followers.

Please Americans. You can’t be serious? Trump has to go to prison.

Donald Trump is under examination yet again for tax evasion at one of his golf courses where he lied to lower his tax bill.
This is ruining the course and his only hobby.

I am so tired of hearing about these D.A.'s looking into Trump's Crimes. I want to see accountability. I want to see him "go to jail"
Reactions: Womaniser, purplem and gaby

Donald Trump is worried right now as two of his top allies are tagged with federal charges for work they did with Trump.
This shows the walls closing in on him.

I really hope this means the doors are closing in on Trump. Very happy to see Bannon indicted. He’s so sleazy.
Reactions: purplem
You must log in or register to reply here.
Previous Thread Next Thread