You are using an out of date browser. It may not display this or other websites correctly.
You should upgrade or use an alternative browser.
L

sene5hos said:
Poor you, everyone knows that China is the country that controls everything, and even more the number of deaths from covid.
Click to expand...

Even if I agree we can not trust numbers from China, it is also true that when the Chinese government say "Stay Home" the people stay home, preventing the contagion. We also saw that at the beginning of the pandemic people with any symptoms were taken, by force when needed, out of their house and kept in special area for a forced quarantine. Of course, it's all anti-democratic but it was 100% efficient to control the contagion. Would I like those methods having been implemented here? Of course, NO... But, I have no sympathy for "the illuminated" still protesting here that their freedom is under attack. I would send them for a week in China to see what is a real attack on freedom.
Expand signature
Some like it mild, I like it hot
Reactions: CLOUD 500, Womaniser, gaby and 2 others

Strong as a bear. Swift as a deer.

These people are against all around coronavirus.

“We are aware of this demonstration. We will definitely be present in the various places to see if criminal offenses will be committed, ”Ann Mathieu, spokesperson for the Sûreté du Québec (SQ), told the Journal.

Hundreds of people have already confirmed on Facebook their participation in the event on October 15 called "Blocking truckers, cars, roads, bridges Quebec and Montreal".
In Montreal, the Jacques-Cartier and Samuel-De Champlain bridges are targeted by protesters. In the Capitale-Nationale, it's the Québec and Pierre-Laporte bridges that risk being blocked by the crowd.

A 22-year old anti-vaccine man is the organizer.

Because of a few hundred illuminated, thousands of people are going to have problems.

Could we jail them all together.
Click to expand...

Protesting is not a crime and hurting your feeling either. Maybe you should consider move to Australia, I bet their politics suit you well.
Reactions: CLOUD 500, purplem, sene5hos and 1 other person
L

Protesting is against the law when it hurts others freedom to go working. Protesting, by walking in the streets or sitting in a park is OK. Anyway, you will get your 2 minutes on TVA with your "LIBARTÉ" signs. 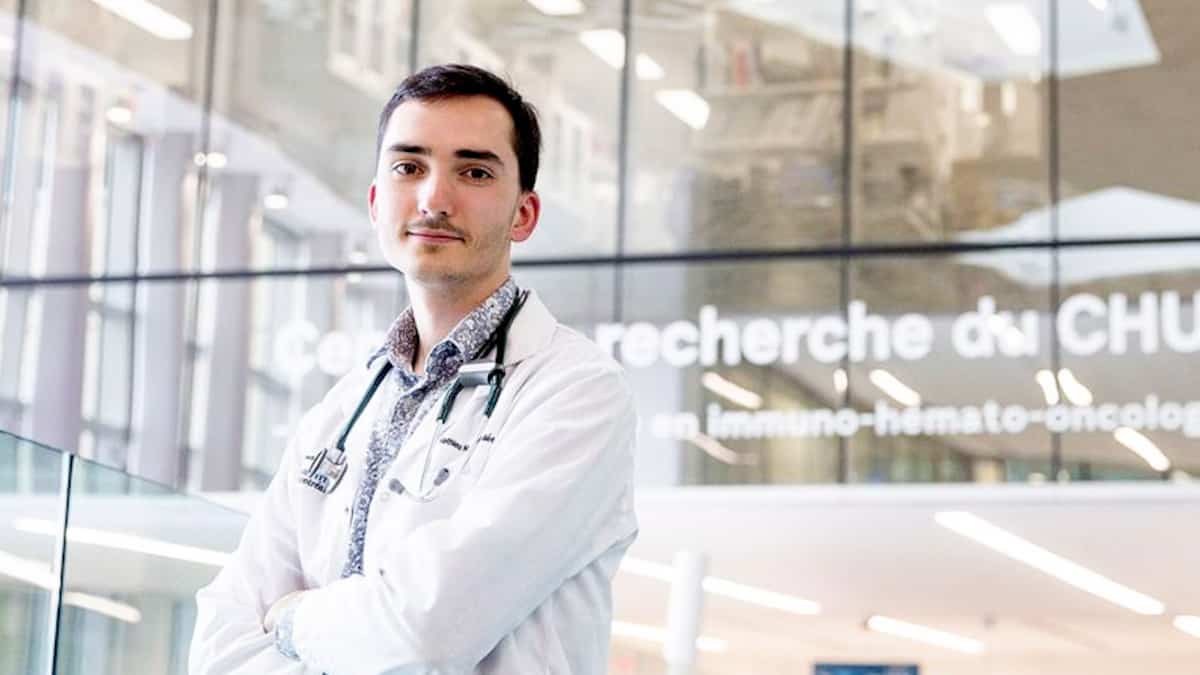 A young Quebec doctor fights disinformation surrounding COVID-19 on the social network TikTok, which is particularly used to spread falsehoods to young people.

Strong as a bear. Swift as a deer.

Like_It_Hot said:
Protesting is against the law when it hurts others freedom to go working. Protesting, by walking in the streets or sitting in a park is OK. Anyway, you will get your 2 minutes on TVA with your "LIBARTÉ" signs.

I stop reading at probably, you lost all credibility after that word.
Reactions: purplem

Chouin95 said:
I stop reading at probably, you lost all credibility after that word.
Click to expand...

Unfortunately it's exactly the opposite.
Reactions: Womaniser and purplem
B

Facebook is notorious for filtering information and managing perception of affairs. Interesting example of their power was in Egypt. I will not be surprised if there is an "Anti vax" protest set up by the government to create a "false flag" operation to promote negative public view of anti vaxxers.

Personal account from a veteran COVID nurse, who got burned out after 15 years:

“If you’re septic, meaning your body is, like, on fire with infections, it goes into your bloodstream. If you have a bloodstream infection or your lungs have COVID pneumonia, it brings on delirium. Three quarters of them were batshit crazy out of their minds. There was no ‘please’ or ‘thank you,’ that’s for sure. There was stuff thrown, there was screaming, there were tantrums. It was the worst human behavior… like being on a psyche unit."

“But if a patient comes out of that and leaves the ICU, they come to us — and those tubes come out. And after lying there for, like, two weeks, they need bowel training, bladder training and physical therapy. And the nurses and everyone else have to get geared up to go in there to do the physical therapy with them.”

“I think three-quarters of the people died. When the people under my care went to the ICU…. Well, there would always be one where we would think they were going to make it… and then they didn’t.”
Last edited: Oct 14, 2021
Reactions: Womaniser, purplem, gaby and 1 other person 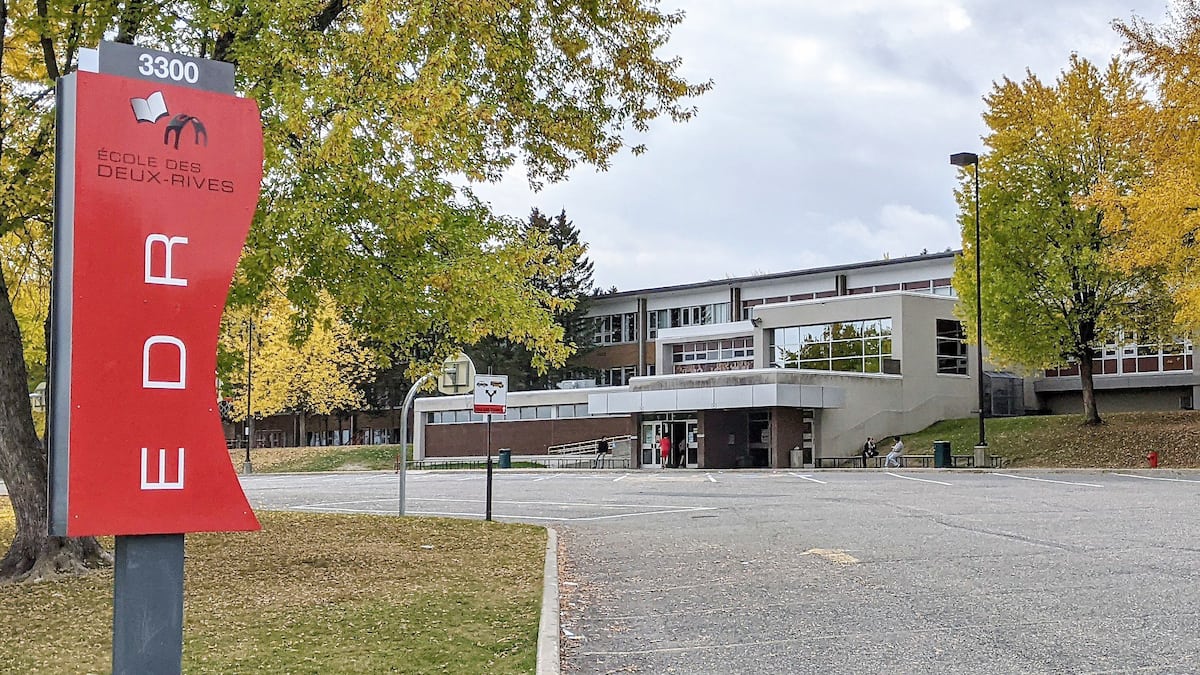 Beauce, leads - by far - of the MRCs where the rate of active cases per 100,000 inhabitants is the highest, with 476, and the Quebec average is 61.
Reactions: Womaniser and gaby

Explore the Fox News apps that are right for you at http://www.foxnews.com/apps-products/index.html.
Expand signature
I drink and I know things
Reactions: gaby
W

The border is literally an imaginary line on the ground. The grass is not anywhere greener 1 mile away on either side of the border, but it makes a WORLD of difference.

I, for one, am grateful I live in a country where politicians will unite to fight a common enemy, and most citizens still understand & respect the concept of the common good.
Last edited: Oct 18, 2021
Reactions: purplem, Womaniser, sene5hos and 2 others
C

Explore the Fox News apps that are right for you at http://www.foxnews.com/apps-products/index.html.
Click to expand...

Sad news. I liked and respected the man. All the more reason to get the booster shot, especially if you are over 60.
Reactions: wetnose, sene5hos and thegreatwalooo

cloudsurf said:
Sad news. I liked and respected the man. All the more reason to get the booster shot, especially if you are over 60.
Click to expand...

Agreed. Even being fully vaccinated with a booster there’s still no guarantees. But at least it gives you a better chance if you catch it. Sorry to see him go. Very well respected and a gentleman. He will be missed.
Expand signature
I drink and I know things
Reactions: gaby, Womaniser, sene5hos and 1 other person
W

thegreatwalooo said:
Agreed. Even being fully vaccinated with a booster there’s still no guarantees. But at least it gives you a better chance if you catch it. Sorry to see him go. Very well respected and a gentleman. He will be missed.
Click to expand...

His immune system was greatly weakened by cancer.
Full vaccination isn't very effective for people like him.
Reactions: Like_It_Hot, wetnose, gaby and 1 other person 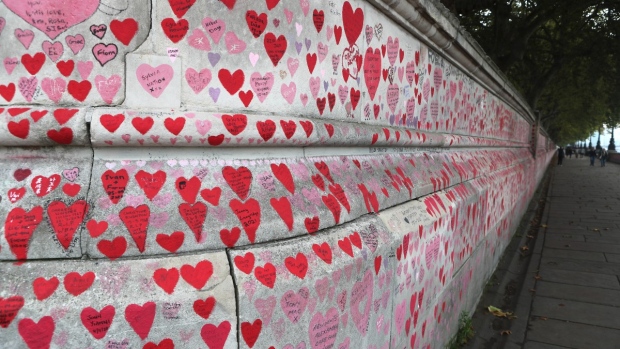 A new Delta descendant is rising in the U.K. Here's what to know

British and international authorities are closely monitoring a subtype of the Delta variant that is causing a growing number of infections in the United Kingdom.

British and international authorities are closely monitoring a subtype of the Delta variant that is causing a growing number of infections in the United Kingdom.
This descendant of the Delta variant, known as AY.4.2, accounted for an estimated 6% of cases in the week of September 27 -- the last week with complete sequencing data -- and is "on an increasing trajectory," a report by the UK Health Security Agency said.

Little is known about AY.4.2. Some experts have suggested it could be slightly more transmissible than the original Delta variant, though that has not yet been confirmed. While it accounts for a growing number of infections, it is not yet classified in the U.K. as a "variant of concern." It currently remains rare beyond Britain, with a small number of cases being recorded in Denmark and the U.S., expert Francois Balloux told the Science Media Center (SMC) on Tuesday.
Reactions: gaby

If those figure are true then they would equal 300 deaths in Canada based on population.
Canadian deaths are running at less than 100 a day
Reactions: purplem

Good news, COVID cases are down 50% in the states: 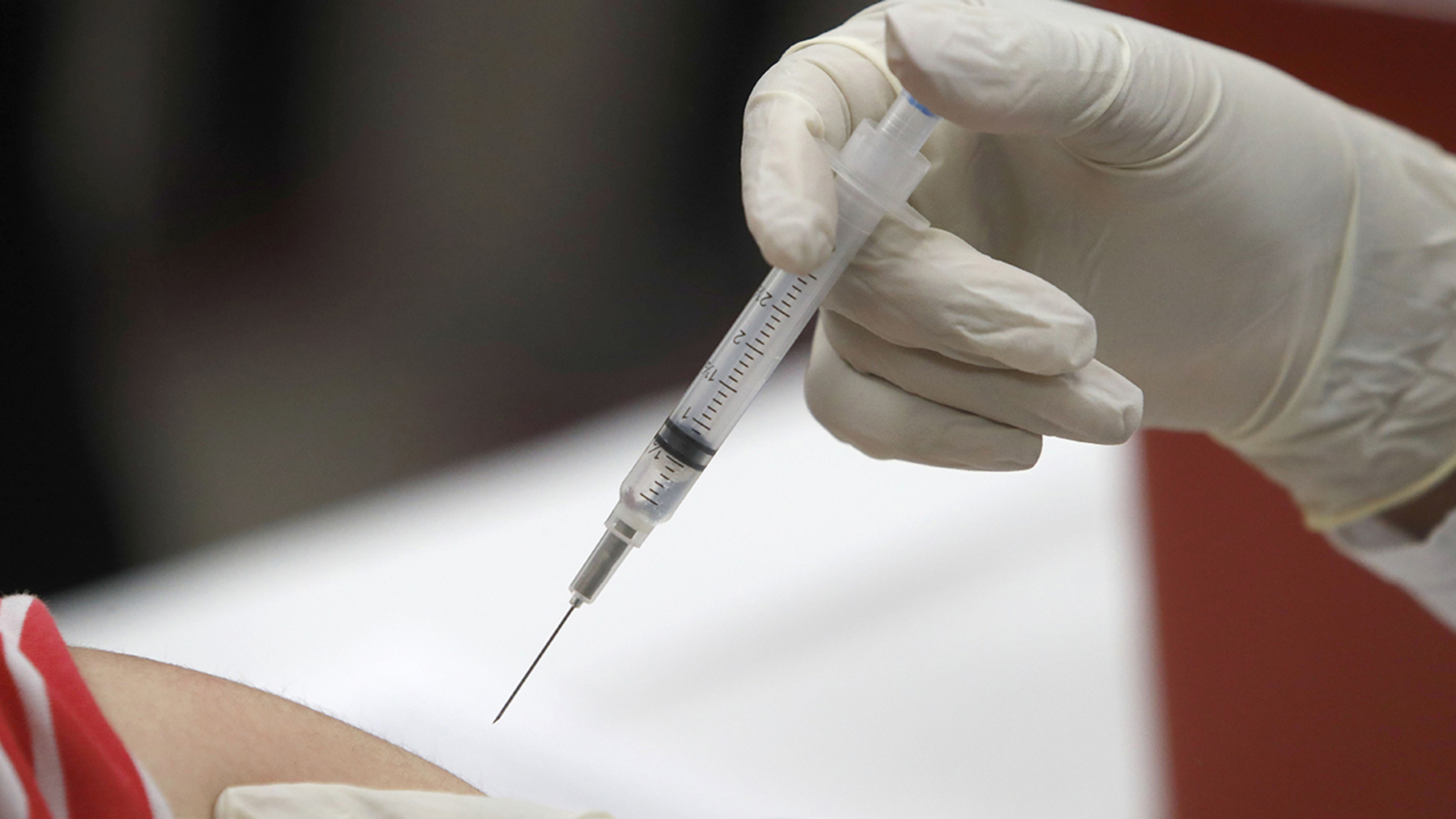 We have some good news and some bad news. Cases are dropping thanks to declines in states like Texas, but the nation is still reporting over 1,000 COVID deaths a day.

I don't want to break the party but beside the optimistic title this article also states: "Daily deaths are slowly falling, but remain persistently high. The nation is still reporting an average of 1,250 new deaths each day, and over the last four days alone, the U.S. reported just under 7,000 confirmed COVID-19 deaths. The death average is still about 6.5 times higher than in mid-July, when the national average had dropped to a near pandemic low of 192 deaths reported each day."

It is unacceptable that a rich and developed country as USA is doing so poorly when compared to others. We all know why it is such.

The University of Washington's Institute for Health Metrics and Evaluation predicts that more than 160,000 more people in the US could die of the coronavirus from now through February 1. That would make this third surge of infections the deadliest yet. https://www.businessinsider.com/how...ak-compares-to-other-countries-charts-2020-10

This map and those datas say it all. https://www.nytimes.com/interactive...s.html?auth=login-google1tap&login=google1tap
We may take a beer now but we should wait for the Champagne (the real one, "Veuve Cliquot"). 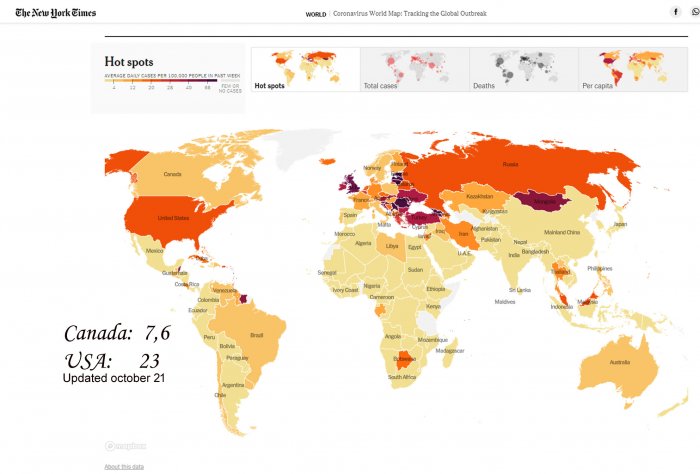 Expand signature
Some like it mild, I like it hot
Reactions: sene5hos, gaby and purplem
You must log in or register to reply here.
Previous Thread Next Thread

Is it better with your atf or with a new girl

A
are psychotherapy a "scam"?